“God, I don’t want to be a mechanic, I want to be a baller” is a catchy expression that has just busted its notorious self into the ever-increasing vocabulary of social media and streetly expressions of Nigerians. A mechanic, in a Nigerian sense, immediately evokes the figure of a man in a dirty (if not tattered) apron working on faulty vehicles. A baller, on the other hand, is a person of luxury, often a party goer and lavish spender, either with less strenuous job or with no job at all. By these clarifications, the expression can be understood to mean a rejection of hard work which may sometimes come with little to no financial reward for a life bereft of struggle filled with enjoyments.

Despite the expression and others like it, however, Nigerians, the most peopled African citizenry, remain hardworking and caught up in the strangulating miasma of the country’s social, political, economic, and religious complications. In the social and political landscapes of Nigeria, there is a gulf of ideological differences strapped between the old, elitist, sit-tight power brokers and the young, restive, majorly bottom-of-the-ladder Nigerians. In the economic and religious spheres, lordship-servitude narrative continues to manifest between heads and subjects. It then goes without saying that Nigeria, the supposed giant of Africa, is itself a mechanic; and at 62, the question is, Will Africa become a baller when Nigeria is still a mechanic?

The straight answer to this question is simple; Africa will become a baller, with or without Nigeria being a mechanic. In the annals of world and continental histories, countries, nations, communities and kingdoms rise and fall based on their political and socio-economic mettles. Nigeria’s continental political mettle may have although been better when compared to any other African country, the country currently lacks corresponding social and economic decencies to convincingly claim to be the giant – in other words, “the baller” – of the continent. And, importantly, Africa cannot wait for Nigeria. The point here is that it is not enough for Nigeria to continue to sell itself as a giant based on demographic realities only. Those are tools for growth and the country is failing in this regard.

In 2014, when Nigeria under the then President Goodluck Ebele Jonathan emerged as the biggest economy in Africa, Nigerians had no day-to-day feel of such supposed good news. In a BBC News analysis published 6 April 2014, Mr Bismarck Rewane, a Nigerian financial analyst was quoted to have said:

“The Nigerian population is not better off tomorrow because of that announcement. It doesn’t put more money in the bank, more food in their stomach. It changes nothing.”

The correctness of the comment is not only now more conspicuous in the country’s ailing economy but also in individual lives of Nigerians. Naira, the currency of Nigeria, currently gallops toward being exchanged a thousand per dollar. But even more unsettling is that many African countries over which Nigeria is supposedly the giant have currencies beside which the strength of Naira pale humiliatingly. In a 2017 check, two years into the first term of Buhari-led administration, Gboyinwa Ajomale revealed in his article published by Pulse NG on 11 October 2017 what he found out randomly comparing Naira to 25 of the other currencies in Africa.

The currencies compared were all stronger than Naira but Malawian kwacha and Madagascan Ariary which were 0.12 Naira and 0.50 Naira respectively. Towering above Naira in the lot was Libyan Dinar which was 1 Dinar to 262.77 Naira. A US Dollar was at 362.21 Naira at the time. As of 2 October 2022, Libyan Dinar had fallen but it still exchanged for over 85 Naira per Dinar; Tunisian Dinar which was at 145.90 Naira was 132.26 Naira a Dinar. Even the kwacha and the Ariary have refused to fall too weakly against Naira, standing currently at 0.10 Naira and 0.42 Naira respectively. That Naira has gained against the currencies is not the point; the point is that, with Nigeria touted to be the giant – the “baller” – of Africa, is it not ironic that Naira is struggling against majority of African currencies?

The growing economic hardship in Nigeria is only nearly equalled in notoriety by the spate of insecurity and political skirmishes and jamborees in the country. Jápa, a corruption of two Yorùbá words which means flee, has become a syndrome of unfettering popularity. The rising exodus of mostly skilled and unskilled Nigerians is better regarded as a trending escape or rescue and not a migration. Once or twice or more, in recent times, video memes have emerged of Nigerians who just left the country thanking God for successfully seeing them out of the country and to greener pastures. Suffice to say that some of these greener pastures are African countries themselves – Ghana, South Africa, Libya etc. In an understanding, that is Africa balling Nigerians while Nigeria itself is slaving on as a mechanic.

The sociodemographic issues in Nigeria also attest to the unenviable position of the country’s growth. In October 2020, Nigerian youths staged the yet bravest and far reaching social awakening in the recent history of Nigeria; it came in form of #EndSARS protest. Although the protest was immediately caused by the excesses of the notorious Special Anti-Robbery Squad (SARS), a unit of Nigeria Police Force, the remote causes, which still persist in Nigeria, were well beyond the police issues. They were the disenchantments that youths and ordinary Nigerians had, and still have, in the emboldened maladministration by contemporary Nigerian politicians. By October 2020, Nigeria had been known as the poverty capital of the world, university lecturers who taught majority of the youths who participated in the protest were in the 7th month of an industrial strike action; insecurity was rife; many things were wrong.

As the country marks its 62nd year of Independence, the university lecturers are in the 8th month of another industrial strike action, insecurity is more rife, and poverty is widespread. The youths who protested in 2020, the Sorosoke generation, are gathering, blurring (even if momentary) ethnic and religious lines at least, to exert influence on the political direction of the country. At 62 and on the verge of having another general election, there is perhaps no other time and event with which one may know with good degree of certainty if Nigeria will remain a mechanic any longer while Africa tries to be a baller.

Taofeek Ogunperi is a Nigerian writer. This article is part of his column, Sunday Script. He can be contacted via ogunperitaofeek@gmail.com 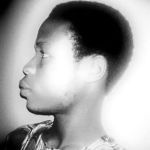 US Navy seizes ammunition smuggled from Iran to war-torn Yemen

You may have missed